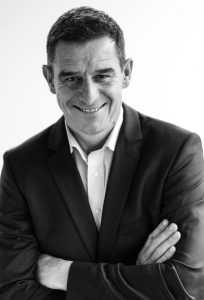 Morgan brings a unique combination of fun and commitment to any engagements he undertakes and for the last 15 years has worked with industries ranging from retail, mining, pharmaceutical and IT to aviation, insurance and transport. He has worked extensively in Europe and South Africa and has vast experience in delivering leadership development, collaboration and cultural change programmes in organisations.

Morgan has designed numerous Leadership and Personal Development Programmes, delivering them to up to 150 people at a time. Prior to becoming a consultant, Morgan started his career by qualifying as a Navy Diver, Special Forces. He completed his career in the military as a Senior Instructor and top of the class. He then joined Nashua (Ricoh), an Office Automation Company, where in a few short, fun years, he became the Corporate Sales Manager. Following a successful career in the corporate world, Morgan chose to become a partner, in a start-up, Wholesale Agency of Worldwide Consumable products, based in South Africa. After several dedicated years, he acquired several agencies, opened new offices, and built Duty-Free retail shops throughout Africa.

In 2005, Morgan moved to the Netherlands, settled in Amstelveen, started learning Dutch and set up a consultancy. He began Great Performance Group in 2009 with an old friend and colleague Nick Andrews. The partnership has thrived and GPG now have multi clients across Europe, Canada, Central America and the U.S.A.

Morgan lives in Amstelveen with his wife and their two daughters. As a one time South African Karate champion, Morgan tries to stay in shape while also enjoying the more relaxed environment of his local golf course.

Morgan was born and grew up in South Africa. Therefore his first language is English. He understands Dutch.

Connect with Morgan on LinkedIn.